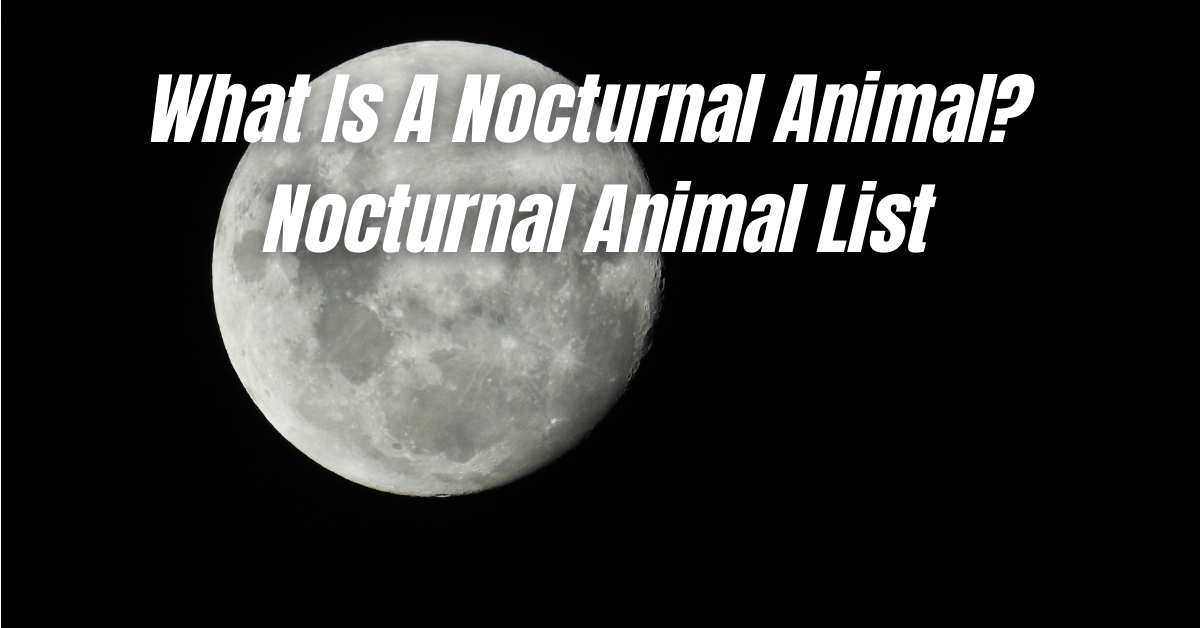 There are many reasons why an animal might be nocturnal. For example, it might be easier to find food at night, or there might be fewer predators around. Some animals are nocturnal because it helps them to avoid the heat of the day.

There are all sorts of different nocturnal animals, from bats and owls to moths and rats. Many animals that are active during the day can also be active at night, like cats and raccoons. The list goes on.

How Many Animals Are Nocturnal?

Roughly 69% of all mammals are nocturnal, according to this study. This means that a large portion of the animal kingdom is nocturnal, and hunts/forages at night, with only 20% being diurnal.

However, it is difficult to know exactly how many nocturnal animals there are because many of them are very small and hard to find. It is also possible that some animals are nocturnal in some parts of the world but not in others.

There are thought to be more than 1,000 different species of nocturnal animals, but this is probably a very conservative estimate.

What Are the Benefits of Being Nocturnal?

There are many benefits to being nocturnal. For example, it is easier to find food at night because there are fewer animals competing for the same resources.

By being nocturnal, some species of animals are allowed to coexist peacefully. For example, think of hawks and owls, two species with similar diets. Due to one being nocturnal while the other is diurnal, they don’t have to compete over prey.

Alternatively, for animals that are prey, by adapting to scavenge during the night, they are less likely to get eaten by daytime predators.

There are also some disadvantages to being nocturnal. For example, it can be more difficult to find a mate because there are fewer individuals active at night. Additionally, nocturnal animals often have to sleep during the day, which can make them more vulnerable to predators.

What Are Some Examples of Nocturnal Animals?

There are many different types of nocturnal animals, including:

Here are a few of the weirder nocturnal animals in the world.

What Is the Difference Between Nocturnal and Diurnal Animals?

Dogs are not nocturnal animals, but they are crepuscular, which means that they are most active at dawn and dusk. This is because dogs are descended from wolves, which are nocturnal animals. Dogs have adapted to be more active during the day so that they can spend more time with their human companions.

In other words, your dogs love you so much that they are willing to sleep whenever you want. Awww.

What is the Largest Nocturnal Animal?

The Aye-aye is the world’s largest nocturnal primate. Its unique adaptation makes it more of a woodpecker than a primate. By tapping trees and then gnawing holes, it is able to forage grubs and other insects that it eats.

Because of its odd appearance, Aye-ayes have been seen as bad luck. This, along with habitat destruction, has caused this nocturnal species to become endangered.

When answering this question, it is important to know that a nocturnal animal can be classified as any animal that operates at night. Certain animals, like the elephant, are adapting to human activity and becoming nocturnal in certain areas of the world. This, however, does not make the elephant (or any other species) directly adapted to be nocturnal, which is what I expect those who are searching for this answer to be looking for.

There are many nocturnal animals in the United Kingdom, including badgers, barn owls, bats, foxes, moles, and otters. These animals have adapted to be active at night so that they can avoid humans and other predators.