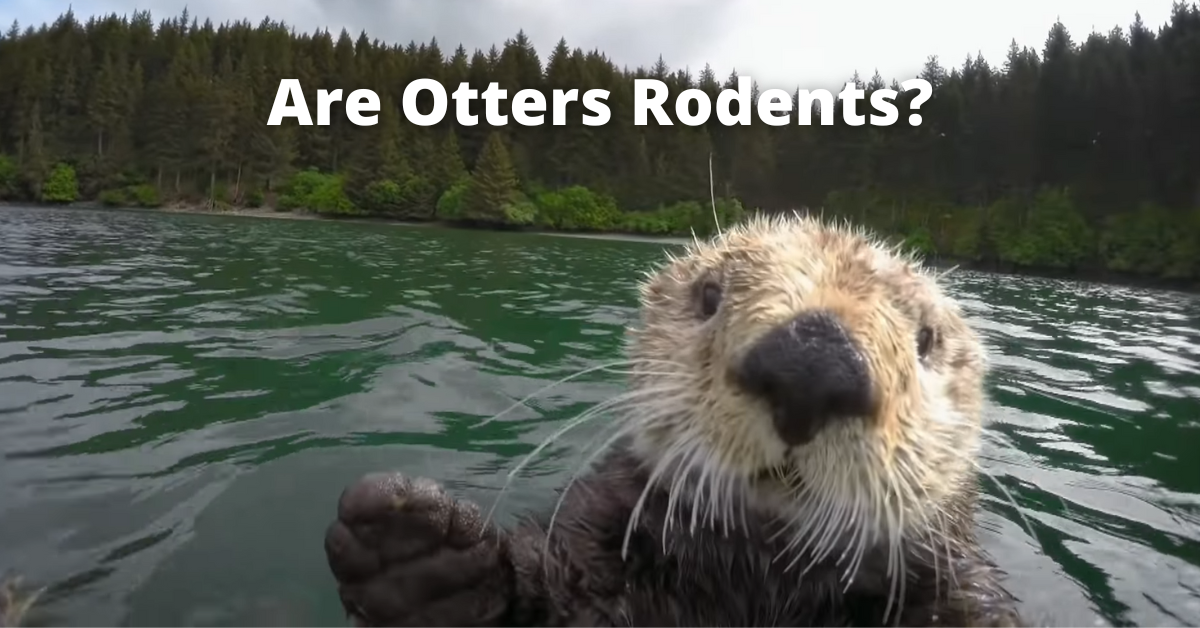 Otters are seen as one of the most lovable creatures in the world. Just the thought of them brings ideas of cuddly little critters to mind. Yet, some people have asked the question, are otters rodents?

So to aid with the confusion around the subject, we’ve decided to dedicate this post to that question and more.

To put it simply, otters are not Rodents. Rodents are mammals of the order Rodentia (rats, beavers, squirrels), while otters belong to the order Carnivora. Otters have no relation to rodents, rats, or otherwise.

Carnivora is the fifth largest order and contains animals such as bears, cheetahs, ferrets, and, of course, otters.

Diving even further into the taxonomic ranks, the otter belongs to the family Mustelidae which is actually the largest family in the Carnivora order. Ferrets, wolverines, and even the brave honey badger can be found in this family.

Perhaps the question of whether otters are rodents came from the idea that otters and beavers often cohabitate. So much so, that you might even find otters living in abandoned beaver dams. Beavers do belong to the Rodentia order, so it isn’t unbelievable that people might get confused.

And yes, this does mean that otters are considered carnivores. In fact, otters even eat rodents sometimes.

What Family Do Otters Belong To?

Otters belong to the Mustelidae family in the Carnivora order. The otters reside in this family along with roughly 70 other species.

Taxonomies, while seemingly complicated due to the Latin naming, are just a simple way of categorizing living things. For example, you might have heard of mammals. Well, mammals are a class, which is one step up from Rodentia, an order. The further up we go, the less specific we get. Species are the most specific.

Another common term you might hear is the animal kingdom. Well, that is actually a taxonomy classification. Other kingdoms are Monera, Protista, Plantae, and Fungi.

From this far up in the taxonomic categories, humans and otters can be lumped together. But once we drill down far enough, we can separate even other otter sub-species from each other. Sea otters and Eurasian otters are classified as different species.

Hopefully, this basic explanation and image help you understand taxonomies a little better.

What Makes an Animal a Rodent?

What makes an animal a rodent is mainly from the way their teeth are structured. The continually growing incisors on both their lower and upper jaw make them perfect at gnawing which is where they get their name from (rodere).

You can already easily think of many rodents based on this classification alone. Beavers, mice, rats, all known for being able to chew and or gnaw through many materials. They are also all part of the Rodentia order.

Most rodents are also herbivores, unlike other animals commonly believed to be rodents like ferrets, otters, etc. Some rodents, like the muskrat, are omnivores, while in some rare cases like the Australian water rat, they can be carnivores.

Are Raccoons and Otters Related?

Raccoons and otters are not related. While they both belong to the Carnivora order, raccoons belong to the Procyonidae family while otters do not.

Some people have drawn similarities from bears, because of how raccoons and the Procyonidae family animals are built, but no such comparions has been made for otters.

Is the Muskrat the Same as an Otter?

Muskrats and otters are not the same. Muskrats are rodents and noticeably smaller (length-wise) than river otters. It is easy to mistake a muskrat for an otter when swimming but by spotting the tail you can quickly decipher which is which. If the tail is long and furry, it is an otter and not a muskrat.

So are otters rodents? No. But, there are several other animals out there that are rodents that can be confused with the river otter such as beavers and muskrats.

Hopefully, this helps answer your question and make sure to check out our other articles regarding similar animal topics! Thanks for reading and have a great day!