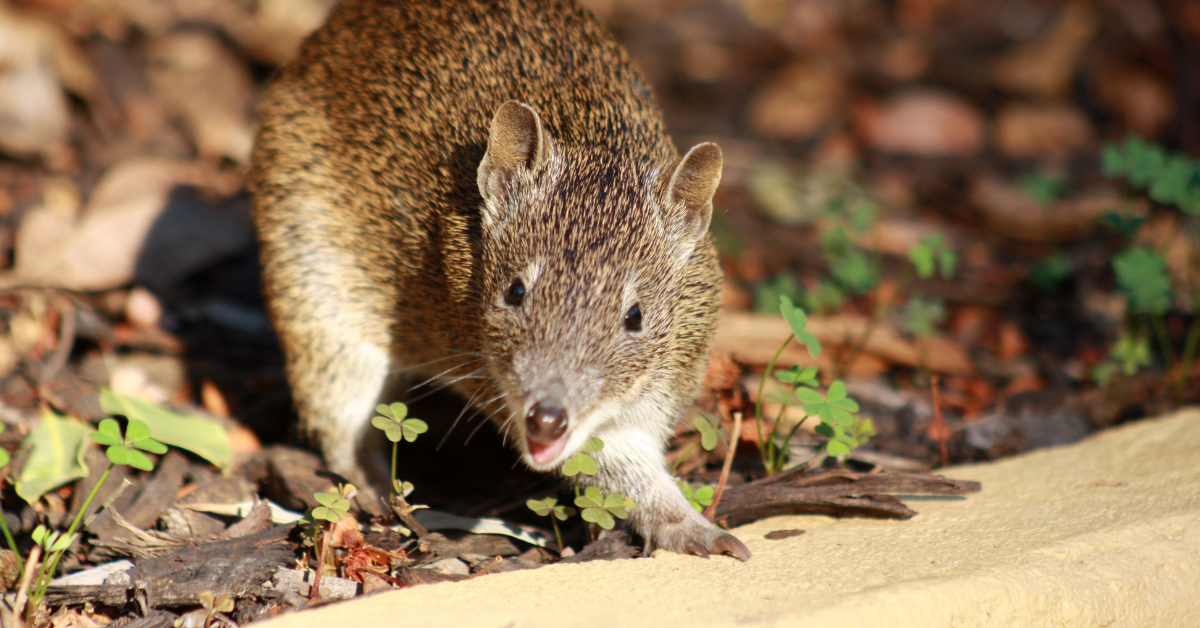 And sadly none revolve around crash bandicoot. My apologies.

The bandicoot is a marsupial that is found in Australia, New Guinea, and Indonesia. There are around 20 different species of bandicoots. They vary in size from the pygmy possum, which is only 5cm long, to the greater bilby, which can be up to 80cm long.

While none are orange bipeds, bandicoots vary in appearance. Some resemble shrews and are as large as some rabbits.

2. They are generally nocturnal animals, and have powerful hind legs which they use for jumping.

The bandicoot is a nocturnal creature that is most active during the night. One of several marsupials to share this nighttime habit, along with wombats and opossums.

As with many nocturnal animals, bandicoots have adapted to foraging/hunting in the dark well. Equipped with powerful hind legs, bandicoots can jump 3 feet high into the air. This skill allows them to better avoid predators and escape danger.

Maybe they got this from their buff cousins in the kangaroo family.

3. Bandicoots are omnivores, and their diet consists of a variety of plant matter, insects, and other small animals.

The diet of a bandicoot is both varied and opportunistic. As an omnivore, they will eat practically anything they can get their hands on. This includes both plant and animal matter.

They have been known to feast on fruits, vegetables, nuts, insects, spiders, small reptiles, and more. If it’s small enough to fit in their mouths, they will most likely try to eat it.

With small but sharp teeth and claws of a fossorial digger, bandicoots are able to snatch a variety of food from under the earth. They do this by sniffing with their noticeably large nose and once plants, fungi, or even an animal are found, they rake up the dirt with their claws.

As an omnivore, bandicoots don’t care much about what they dig up.

4. Although they are not considered endangered, some species of bandicoot are at risk due to habitat loss and predators.

The majority of bandicoot species are not considered endangered. However, there are a few that are at risk of becoming extinct.

The main threat to bandicoots is habitat loss due to human activity such as deforestation and urbanization. This leaves them exposed to predators and without the shelter, they need to survive.

In addition, some species of bandicoots are hunted for their fur. While this is not a major threat to the population as a whole, it does put additional pressure on already endangered species.

5. Bandicoots are marsupials, meaning they have a pouch on their stomach where they carry their young. Once the young are born, they crawl into the mother’s pouch and stay there for several weeks until they are big enough to fend for themselves.

All bandicoots are marsupials, which means they have a pouch on their stomach where they carry their young.

Once the young are born, they crawl into the mother’s pouch and stay there for several weeks until they are big enough to fend for themselves.

After spending several weeks in the safety of their mother’s pouch, the young bandicoots are finally able to venture out into the world on their own.

This is one of the many interesting facts about bandicoots.

While we may not know everything about bandicoots, they are still interesting animals. With their powerful hind legs, omnivorous diet, and secretive habits, they are definitely creatures worth learning about.

So there you have it! Five facts about bandicoots that will hopefully make you think twice about these interesting animals.