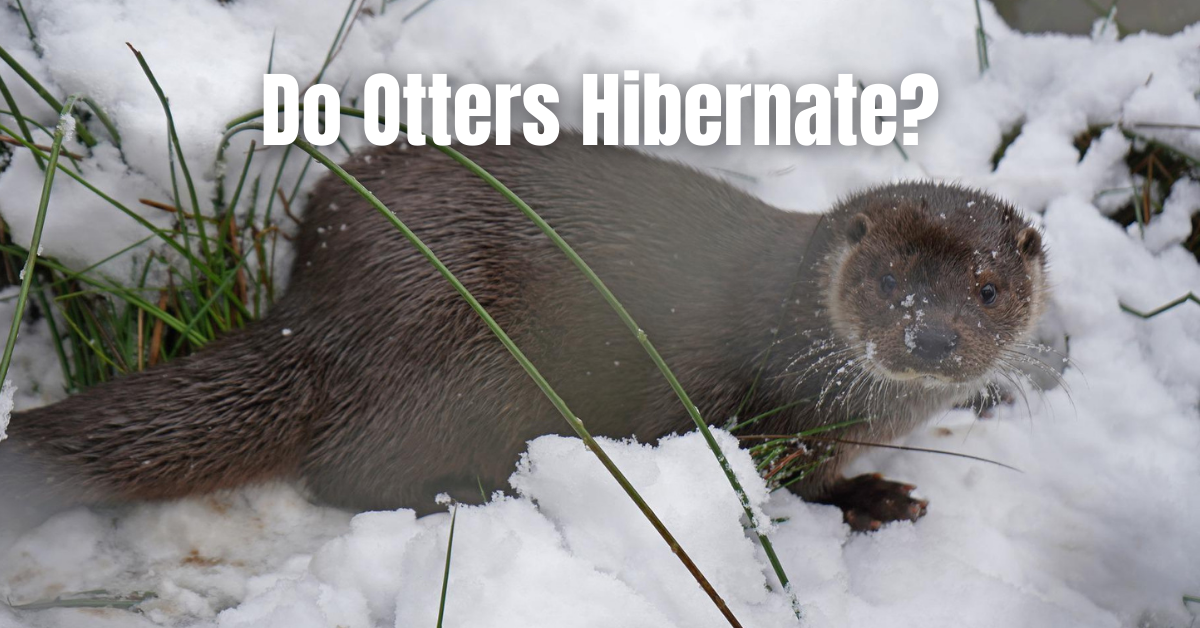 Many different species hibernate to save energy during the winter. This is mostly due to the lack of resources and food during the winter months, something especially important for carnivores like an otter. So the question is, do otters hibernate? And if so, which species of otter?

The simple answer is no, otters do not hibernate. This is because they do not need to. Unlike many other animals, otters do not face a shortage of food or resources in the winter.

This is because otters take a variety of different approaches to food consumption in the winter.

Here are a few things otters do during winter:

As you can see, otters have many different strategies for dealing with the winter months. This is why they do not need to, and therefore do not hibernate.

So, which species of otter do not hibernate?

Sea otters don’t hibernate. Not only do sea otters love the cold, but living in the ocean makes it nearly impossible for them to hibernate.

Most otters don’t thrive in warm environments. They constantly swim in waters that would chill most other species of animals and eat a surprising amount of food, often up to 30% of their body weight, just to maintain their heat.

Their insane metabolism is a large part of how sea otters can dive in waters that would chill us to our bones.

Not only that, but otters have a unique fur that is 1000 times denser than human hair and perfectly spiky to trap air underneath their fur and keep them completely warm. The trapped air not only insulates but also keeps them completely dry!

This is incredibly important, as otters need to maintain around 98 degrees Fahrenheit to survive.

If they get too cold, their internal organs will actually shut down and they will die.

Hibernating simply wouldn’t be practical for these animals.

How Do Otters Deal With Frozen Rivers and Lakes?

During the winter water will often freeze over, denying access to most animals trying to find an aquatic meal. The way otters get around frozen bodies of water is by either finding streams or rivers that have a harder time freezing over or by using beavers.

Beavers and river otters have been known to live in similar areas. Because they don’t ever fight over food, one being a carnivore and the other being a herbivore, they don’t come into conflict often. So when beavers leave holes in frozen lakes or rivers, river otters can use this to go fishing!

So, to reiterate, otters do not hibernate. There are many reasons for this, but the one main being they have no reason to hibernate in the winter. Otters can thrive in the cold, with captive otters being unhappy outside of cold environments.