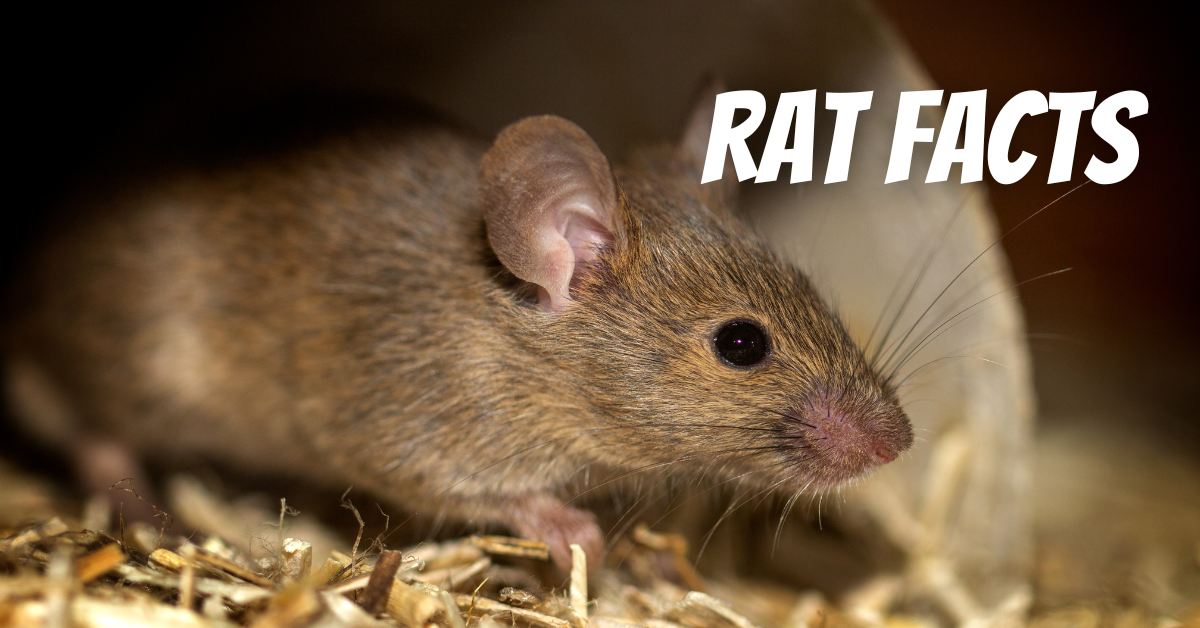 Rats aren’t the most loved animals in the world, but they are endlessly fascinating. Not only are rats an incredibly intelligent species as a whole, so much so that we use them in frequent experiments, but many people have started keeping them as pets as well! In fact, certain sources say that up to 6% of households have rats as pets!

So, I thought, why not share a couple of rat facts! If you own a rat, check and see how many of these facts you know. You might be surprised.

Without further ado, here are five rat facts you might not have known.

1. Rats are excellent swimmers and can tread water for up to three days.

Rats are shockingly amazing swimmers. The somewhat horrifying tale of rats that climb up plumbing and pop out of your toilet, is actually a true story. I don’t think I’ll ever sit still on a toilet again.

Not only are rats adept swimmers, but they can in fact hold their breath for up to 3 minutes at a time! And if that’s not enough, they can tread water for up to three days.

If you have a rat as a pet and live near water, make sure to keep an eye on them!

2. A group of rats is called a mischief.

Did you know? A quirky little fact about rats is that a group of them is called a mischief. Depending on the context I’d call them creepy, but to each their own I guess.

Opportunistic and skilled at integrating into new environments, rats no doubt live up to the name.

3. Rats have poor eyesight, but they make up for it with their keen sense of smell, hearing, and touch.

Rats actually suck at seeing things. It’s a fact. However, they definitely make up for it in other ways.

Rats have an incredibly keen sense of smell. In fact, they can smell things that are up to 1 mile away!

They also have great hearing and can pick up sounds that are up to 25000 Hz. For comparison, humans can only hear sounds up to about 20000 Hz. And their whiskers help them navigate in the dark and detect changes in air currents, allowing them to sense movement around them.

I suppose this eyesight deficiency begins at birth, considering the fact that rats are born blind and hairless!

4. Rats are very clean animals and spend a lot of time grooming themselves.

Rats are actually quite clean animals. They spend a good amount of their time cleaning and grooming themselves.

They have this need to be clean because they have very sensitive skin. In fact, rats groom themselves so much that they can actually ingest up to 10% of their body weight in a single day!

This isn’t unlike the otter, which needs to be constantly groomed to protect itself from the cold.

Rats are quite cute when they do this. They groom by licking their paws and rubbing themselves with their wet paws. An even funnier sight to behold is when they grab their loose chest skin so they can lick it with their mouth.

And who said rats weren’t adorable?

5. Rats are intelligent and can learn to perform complex tasks.

Rats are perhaps most famous for being frequent test subjects in scientific experiments. And there’s a good reason for that. Rats are highly intelligent creatures.

In fact, they’re one of the smartest animals in the world. They can learn to perform complex tasks and have been known to complete mazes and other puzzles with ease.

Rats have also been known to show signs of empathy and even altruism. In one study, rats were observed freeing other rats that were trapped in cages.

So, the next time you see a rat, don’t immediately think of it as a dirty and disease-ridden creature. Instead, think of it as an intelligent and resourceful animal that has more to offer than meets the eye.

Rats are interesting creatures that are often misunderstood. Hopefully, this list of rat facts has helped you see them in a new light.

Make sure to check out our other lists!