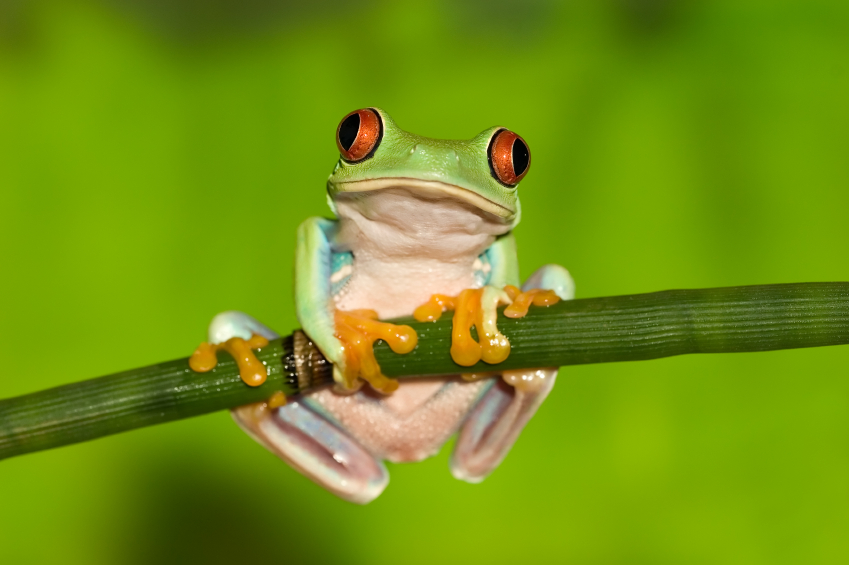 Red-Eyed Tree Frogs are some of the most beautifully colored frogs. These nocturnal animals are generally bright green with blue and yellow thighs and of course huge red eyes. Here are some facts about these wonderful creatures.