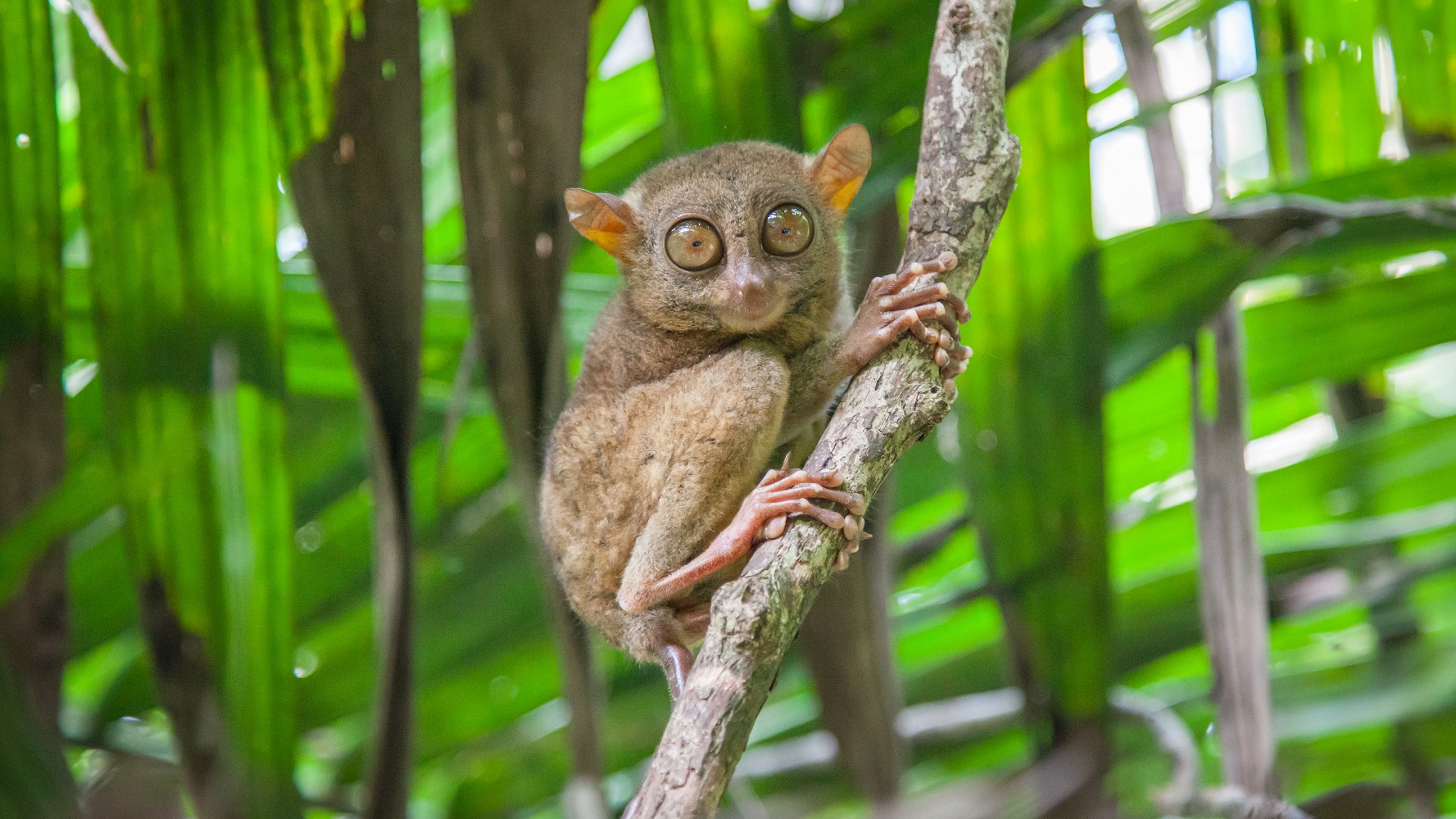 The Philippine Tarsier is an incredibly unique and interesting creature. These nocturnal animals are one of the world’s smallest primates (though not as small as the pygmy marmoset) and are believed to be about 45 million years old as a species. The Philippine Tarsier is a shy nocturnal animal that leads a mostly hidden life and is normally only active during the night to hunt for food (mainly insects). In the daytime they sleep in dark hollows or stumps close to the ground, they prefer the cover of tall thick grass or bamboo thickets.

Just like all tarsiers, the Philippine Tarsier’s eyes are fixed in its skull meaning that they cannot turn in their sockets. Instead, much like an owl, a special adaptation in the neck allows it to rotate its head 180 degrees. It has incredibly big eyes in relation to head and body size, which are listed in the Guinness Book of Records as the largest eyes on any mammal. Their huge eyes provide these nocturnal animals with excellent night vision. The large membranous ears are completely mobile, appearing to be almost constantly moving, allowing the tarsier to hear any movement.

Though the Philippine Tarsier is protected their environment is still endangered due to ever-encroaching development and logging, they are currently listed as “Near Threatened” (may be considered threatened with extinction in the near future).