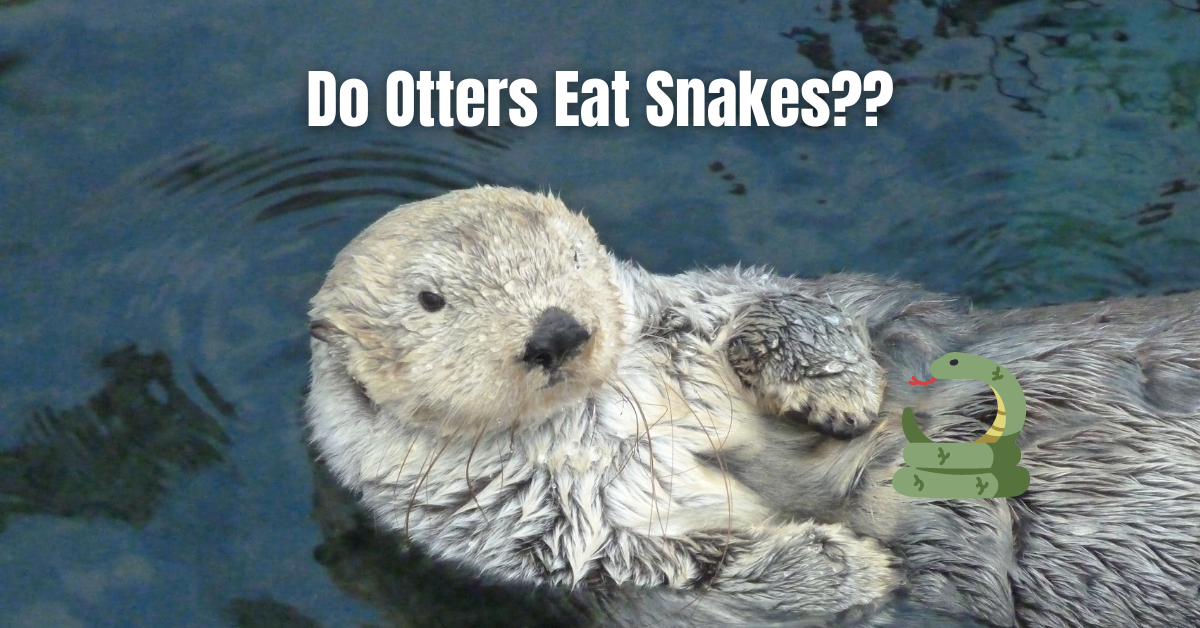 Otters are active hunters, chasing prey in the water or searching for it in crevices on the land. Otters primarily eat fish, but they also consume a wide variety of invertebrates, amphibians, and reptiles. With multiple different sub-species residing around water, a popular spot for many types of snakes, the question is, do otters eat snakes?

The simple answer is yes, but not as often as you might think and you’d be surprised to know which kind of snake. Hint: they can sometimes be HUGE!

Otters do in fact eat snakes. River otters will eat smaller snakes like the garter snake during the summer seasons when reptiles are more plentiful. Meanwhile, giant otters that live in the Amazon Rainforest can eat anacondas!

There have been reports of cottonmouth snakes being preyed upon by otters as well. Mainly young cottonmouths.

These semiaquatic mammals will also feast on eels, frogs, and fish. So if you see an otter in the wild, don’t be too surprised if it’s carrying around a snake!

While otters don’t typically hunt snakes, they will eat them if they come across them. Otters are opportunistic feeders, meaning they will take advantage of whatever food is available to them. So if there’s a snake in the water, an otter is likely to snatch it up and make a meal out of it!

Keep in mind, that an otter’s diet revolves around efficiency. Because they have to eat 15-30% of their body weight every day they are focused mainly on the easiest kill they can find. This means if an unlucky snake or even a rabbit comes too close, an otter will gladly take advantage.

Garter snakes aren’t enough to feed a group of river otters and an anaconda is much too difficult to take down for giant otters to routinely hunt them.

Otters Eating Snakes in The Winter

Even though snakes are cold-blooded reptiles and enter a state of hibernation during the winter months, that doesn’t mean they can’t be eaten by otters.

River otters have been known to use their sharp claws to dig into snake dens and snatch them up. This is more common in areas where the water is frozen over and fish are scarce.

Giant otters have also been known to hunt caiman, a type of alligator, during the winter. So it’s safe to say that these creatures are not afraid to take on a challenge when it comes to finding food!

While it’s not a common occurrence, otters will eat snakes if they are available and they are hungry enough!

Do otters eat snakes? The answer is yes, they will eat smaller snakes like the garter snake during the summer seasons when reptiles are more plentiful. However, they typically won’t hunt snakes as their main food source. Otters are opportunistic feeders and will take advantage of whatever food is available to them. So if there’s a snake in the water, an otter is likely to snatch it up and make a meal out of it!

Otters Diet – What Do Otters Eat?