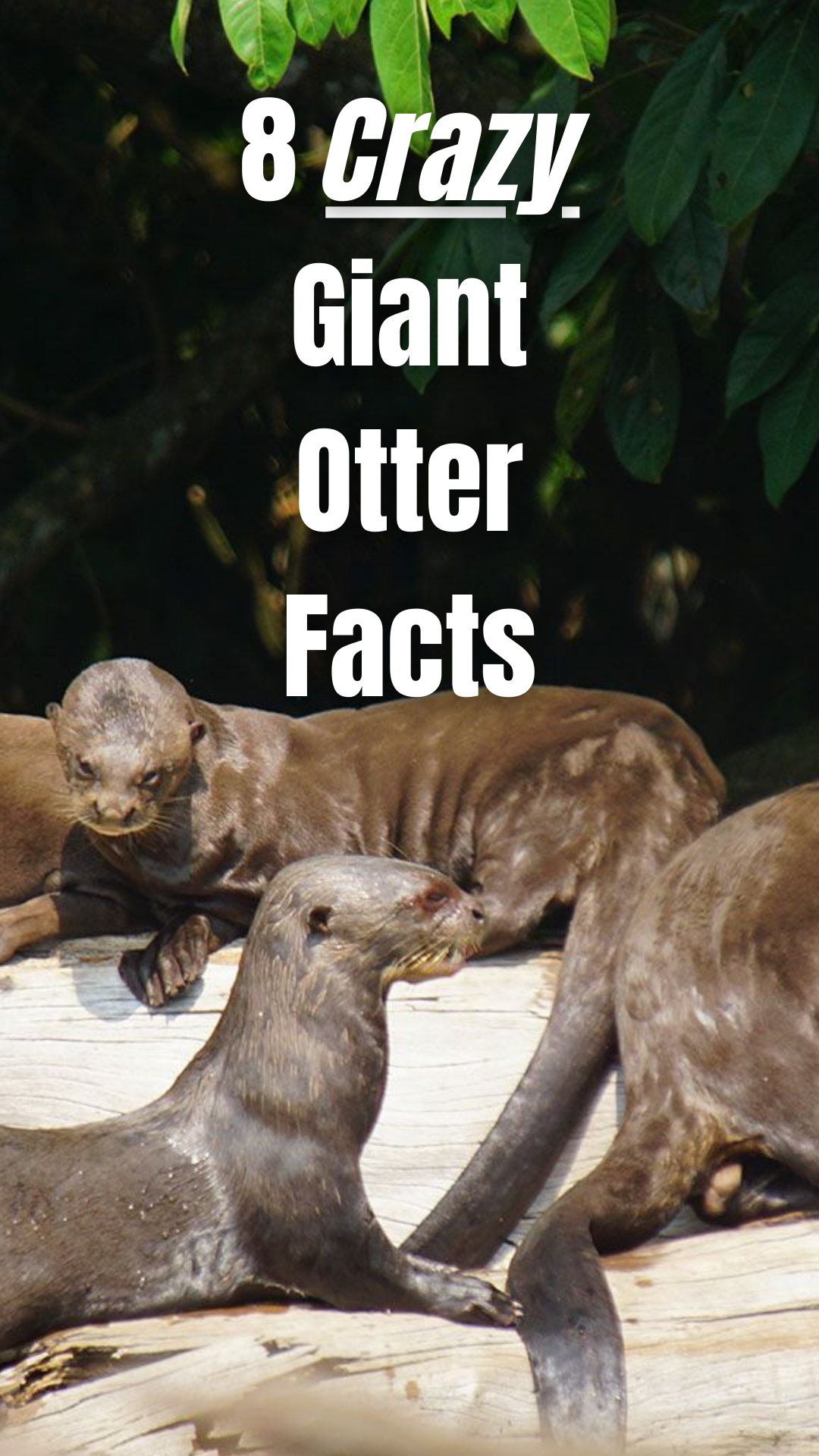 1. Giant otters can weigh up to 66 pounds and measure 8 feet long.

Giant otters are the largest otters in the world. They can weigh up to 66 pounds and measure 4 feet long. Giant otters live in South America, and they are endangered animals.

While sea otters are heavier, weighing up to 100 pounds, the giant otter is much longer. Some giant otters even go up to 8 ft! Although this is not the norm.

2. Giant otters are the largest members of the weasel family.

Giant otters are the largest members of the weasel family. The Mustelidae family is filled with other land-based carnivores like badgers, wolverines, and ferrets.

While this isn’t the largest group of animals, it is still impressive that the giant otters are so large. I suppose that goes with the name.

3. They have a lifespan of about 10 years

Giant otters live on average 10-12 years. In the wild, their lifespan is often shorter due to factors such as predation, disease, and human interference. In captivity, they have been known to live much longer – up to 20 years or more.

This is unsurprising as giant otters deal with a number of issues surrounding their mortality rate.

4. They live in groups for both safety and rearing pups

Giant otters deal with many predators daily due to their living in the Amazon river. Anacondas, caimans, and jaguars are frequent predators of the giant otters living along the South American river.

A lone giant otter could not fend off these predators, however, in a large group, they have been known to drive off jaguars!

While giant otters can hunt alone, they have been known to hunt small caimans and anacondas. Predators that are much larger than them, but are no match for a group of 4-5 giant otters.

5. Giant otters are found in the rivers and streams of the Amazon basin in South America

The giant otter is a species that is found in the rivers and streams of the Amazon basin in South America. They are amphibious, although they primarily reside on the land.

The Amazon basin is a large area that is filled with freshwater rivers and streams, which provides an ideal habitat for the otters. Giant otters are known to be very good swimmers and can often be seen swimming in the rivers and streams.

Researchers have noted that the giant otter has a much smaller home range than other animals of similar mass. They believe this is due to the more social nature of the giant otter.

6. They are an endangered species due to habitat loss and hunting

Time for a much more solemn giant otter fact.

Giant otters, much like many other otter species, are endangered. But did you know just how endangered they are?

Giant otters are the most endangered mammal species in the Neotropics, a biogeographic area that spans all of South America.

It is no surprise why, as the giant otter’s habitat is in the Amazon Rainforest. Because of the constant habitat destruction of the said rainforest, the giant otter is suffering.

7. Giant otters will leave their babies or worse with human intervention

Giant otters are more than just affected by habitat loss. Both one of the reasons why they are struggling in the wild and are immensely hard to breed is that they will often kill their babies under stress.

While sad, giant otters are known to be quite protective of their young. Both male and female adults work together in groups to feed the pups and will defend their territory against animals, including humans.

Also, unlike other animal species like lions, giant otters do not appear to kill the offspring of other male giant otters.

Sea otters have been known to do scandalous things during their mating, but giant otters have so far not been shown to be as aggressive.

You might know that an otter’s diet consists mainly of fish. However, did you know that giant otters will sometimes prey on caimans (basically alligators) and anacondas?

Giant otters have been seen chasing and killing small caimans and anacondas. These large reptiles can put up a fight, but they are no match for the giant otter’s sharp teeth and powerful jaws.

Oftentimes, giant otters will surprise attack either of these deadly enemies in large numbers. Several otters will attack at once and drive their sharp teeth into the back of a caiman’s neck until it finally goes down.

But don’t think they regularly hunt these often deadly adversaries. Giant otters much prefer fish (up to 90% of a giant otter’s diet) and yes, that includes piranhas.

The giant otter is a fascinating creature that faces many threats in the wild. Their shrinking habitat, combined with the protective nature of their young and unwillingness to breed in captivity, has led to them becoming an endangered species.

Their diet ranges from fish to caimans and piranhas, making them one of the most versatile predators in the Amazon.

If you’re ever lucky enough to see a giant otter in the wild, consider yourself fortunate. These creatures are truly amazing animals.

We hope you enjoyed all of these giant otter facts. Share with any of your friends who love otters!