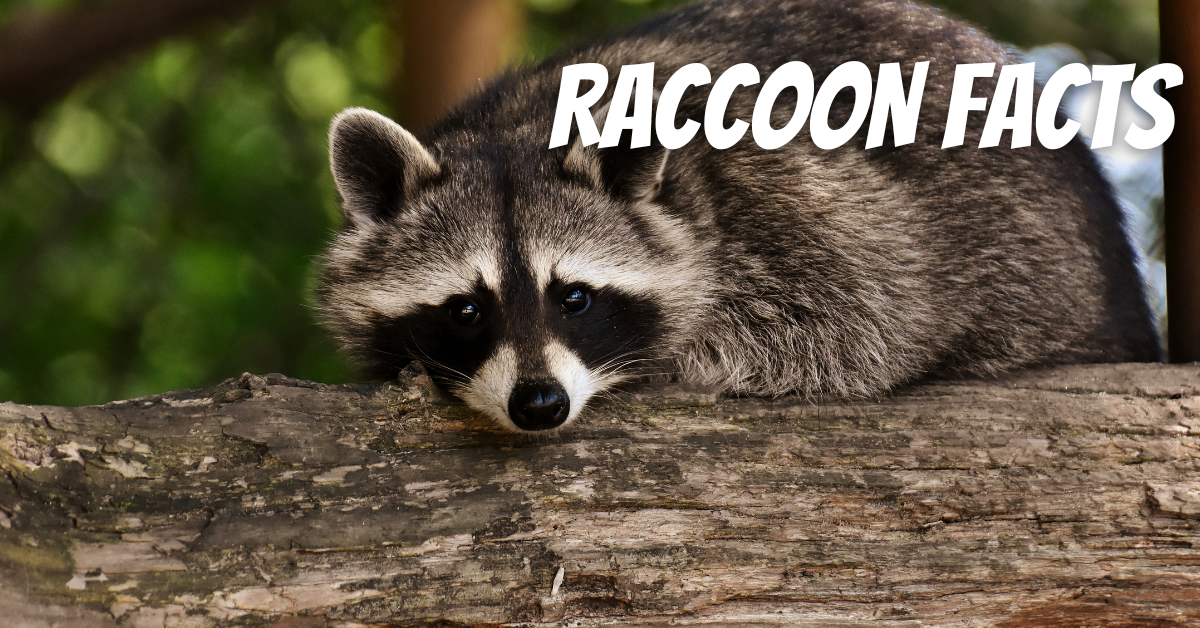 Raccoons are an urban staple. Most people think of them as pests, but they’re actually pretty interesting creatures. Today we’re going to be looking at several interesting facts about raccoons and hopefully, shed some light on these trash pandas.

1. Raccoons are native to North and South America.

They are certainly not welcome, as they cause the spread of diseases and regularly hurt agriculture. Causing hundreds of thousands worth of damage.

Raccoons are most active at night, which is why they’re often seen rummaging through trash cans or raiding gardens. Much to the dismay of residents.

They have excellent night vision and can see three times better than humans in low-light conditions. Additionally, their sense of touch is highly developed, allowing them to easily find food in the dark.

These adaptations have led them to become amazing nocturnal animals that thrive in the dark.

3. Raccoons have a very good sense of touch.

As we mentioned before, raccoons have an excellent sense of touch. This is due to the fact that they have very sensitive hands. In fact, their hands are so sensitive that they can easily identify objects by touch alone.

This heightened sense of touch also allows them to be very dexterous. They can open doors, unscrew jars, and even use tools. Although, they don’t use tools naturally.

Raccoons are actually able to identify objects before they even touch them! Using vibrissae, essentially just whiskers, that are located above their claws, raccoons don’t even need to touch something to understand what it is.

Raccoons are excellent swimmers and often use water to escape from predators or humans. They have webbed toes that help them swim and their dense fur keeps them warm in cold water.

A couple of interesting facts about raccoons swimming:

While they are good swimmers, they are not fond of getting wet. Much like cats.

5. Raccoons are intelligent animals and can learn to do simple tasks.

Raccoons are actually quite intelligent animals. Studies have shown that they are able to remember tasks that they have been taught for up to three years.

This intelligence allows them to do things like open doors and unscrew jars, as we mentioned before.

However, their intelligence also gets them into a lot of trouble. They often raid trash cans and gardens, which leads to them being considered pests.

Not only are raccoons functionally intelligent, but they also have big brains to match. Raccoons have a density of neurons similar to that of primates. This is thought to be an indicator of how intelligent an animal might be.

Many scientists tried to do experiments using raccoons instead of rats, but the raccoons proved difficult to work with compared to the much easier to contain rats. So although raccoons possessed “a curiosity and intelligence just shy of primates” they are immensely difficult to work with. Frequently breaking out of cages into ventilation.

Too smart for even scientists.

Despite their reputation, raccoons are actually interesting creatures with a lot of unique adaptations. We hope that this list of raccoon facts has helped you learn a little bit more about these nocturnal animals!

Make sure to check out our other interesting facts on animals! Have a nice day.